Irish scientists and companies are working on next-generation cancer therapies.

A revolutionary treatment in cancer treatment will see immune cells injected into patients. Already there are five approved therapies that take T cells out of cancer patients, genetically edit them in a lab and re-infuse them to kill cancer cells.

But the procedure to make the cell therapy is complex and usually costs more than $350,000 (€301,000). Approved therapies are for blood cancers only and the therapies are not available in Ireland. The push is on – by companies and clinician scientists – to target solid tumours and make the therapy more affordable.

Our immune system continually eliminates cancer cells, but this can eventually fail as the slipperiest rogue cells outfox the system.

Placing a CAR (chimeric-antigen receptor) on to an immune cell by deploying DNA-editing technology sets it up to attach to cancer cells. Kymriah, developed by Novartis, treats patients with acute lymphoblastic leukaemia. It does so by genetically modifying a patient’s T cells in a lab so that they will latch on to and kill their cancerous B cells.

This can be life-saving for patients with no other treatment options. The commercial and clinical potential of this therapy is evident from some 500 clinical trials using CAR-T cells for cancer treatment.

A downside is that the T cells sometimes trigger dangerous inflammation. Also, the cost of CAR-T is extremely high, even for wealthy countries. “Part of that cost is manufacturing,” says Dr Mary Martin, chairperson of Avectas, an Irish biotech working in this area. “Part of it is logistics. You take blood from someone and may have to ship it to a different country, have the modifications made [to their cells] and ship it back to be administered to the patient,” she says.

A newer approach is to use NK cells, one of the few cell types to directly kill tumour cells, says Dr David Finlay, a biochemist at Trinity College Dublin: “They can inject poisons into a cell or hit receptors that trigger cell death.” Sometimes NK cells are taken from a cancer patient, grown up and re-injected to help fight cancer. A future approach – now in clinical trials – is to edit the DNA of NK cells to improve them.

Today, cell therapies mostly contain one or two edits to the immune cell. But scientists believe that multiple modifications to these NK or T cells are the future. “CAR-T cells have got the low-hanging fruit,” says Finlay. Future therapies will need to attack solid tumours, such as breast, lung and prostate cancers, and therefore need more sophisticated edits.

The trouble with masses of cancer cells is they can be easy to penetrate and evolve to manipulate other cells around them. “Cancer has ways and means of suppressing the immune system, both locally within the solid mass, and far away from it,” adds Finlay, who has studied NK cell metabolism.

NK cells don’t spend much energy when patrolling the body, but this shifts once put on battle stations. “When you activate NK cells, either in a lab or mouse, they undergo this massive increase in metabolism, which allows them to divide and kill tumour cells,” he says. “But lots of conditions within the tumour microenvironment have the potential to disrupt that metabolism.”

For instance, some tumours ensure very little glucose is around to power NK cells, or they generate a rich fatty milieu that leaves NK cells dysfunctional. Also, since NK cells are cell assassins, the body has various levers to stop their proliferation or to call off their attacks and prevent autoimmune illnesses. Unfortunately, cancer cells can evolve to pull these same levers. By spewing out cholesterol-like compounds that act as off switches for NK cells, for example. One solution is to cut the brakes on NK cells or reduce their susceptibility to tumour defensive strategies – by editing their DNA.

The expectation is that multiple edits will be needed. “For solid tumours and complex cancers, we are going to have to do much more complex engineering to those [immune] cells to attract them to the cancer and to keep them there, without getting destroyed, etc,” Martin notes. “One edit is not going to be enough.”

Avectas believes it has a technology suitable for this next generation of cell therapy. When editing immune cells today, there are two popular options. One is to use viruses to deliver the gene-editing cargo – this is expensive and comes with some safety concerns. The second is to zap cells electrically and cause their membranes to become leaky. The cell-editing machinery then enters the cell.

But white blood cells can be fragile. Such procedures can weaken them, which results in fewer cells for a patient, and this risk is heightened if you must repeat a procedure for multiple edits. Avectas relies on a proprietary solution, delivered in tiny droplets, that causes an immune cell to transiently open and allow gene-editing tools to enter.

Their method is not as harsh on fragile immune cells as zapping cells, according to the company. “We aim to excel in doing complex modifications to cells,” says Dr Michael Maguire, co-founder and chief executive of Avectas. “We can deliver complex payloads to cells whilst maintain the health of those cells.”

Hundreds of millions to billions of immune cells make up a therapeutic dose for cell therapies, so it is crucial that they remain viable and healthy when grown and edited in a lab. With existing treatments, sometimes not enough of a patient’s cells are grown up to treat them. Avectas hopes companies will license its technology in their future cell-therapy manufacturing processes.

“I believe that in the not-too-distant future we will see a centre for CAR-T treatments here in Ireland,” says Martin. It remains to be seen if, or when, such therapies will be manufactured here, however. Right now, there are no such facilities in Ireland, but cell therapy is described by some as the third wave of medicine – after small molecules, which Ireland makes a lot of, and biologics, the antibody therapies made by some pharma companies in the State. Ireland will need to build capacity and expertise in terms of researchers, small companies and, eventually, multinationals.

Finlay in TCD has teamed up with another Irish start-up in this area, ONK Therapeutics. This Galway-based company seeks to engineer NK cells for cancer treatments. It is interested in bone marrow, breast and ovarian cancers, and is developing ways to edit NK cells to better target these cancers. Life-sciences entrepreneur Séamus Mulligan is a key shareholder in ONK Therapeutics and Avectas.

Despite progress in cancer treatments, we desperately need new therapies. Especially for cancers such as glioblastoma, a fatal brain cancer that is extremely aggressive and incurable. “That particular tumour microenvironment seems to be very inhibitory,” says Finlay. “We can get NK cells in there, but they get turned off.”

He is investigating why and how to stop it. The hope is that edited NK cells could one day be injected into patients with a glioblastoma, travel to the brain and terminate the cancer cells.

An advantage of NK cells is that they are easier to move between a donor and a patient than T cells, which could make them suitable for new off-the-shelf cell cancer therapies.

This is the futuristic vision that many companies and academics dream about, and work towards – a patient’s tumour is assessed to allow a clinician select a suitable vial of NK cells, genetically tweaked to tailor them for that type of cancer. 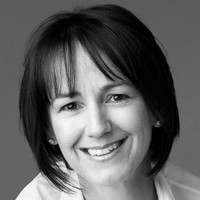